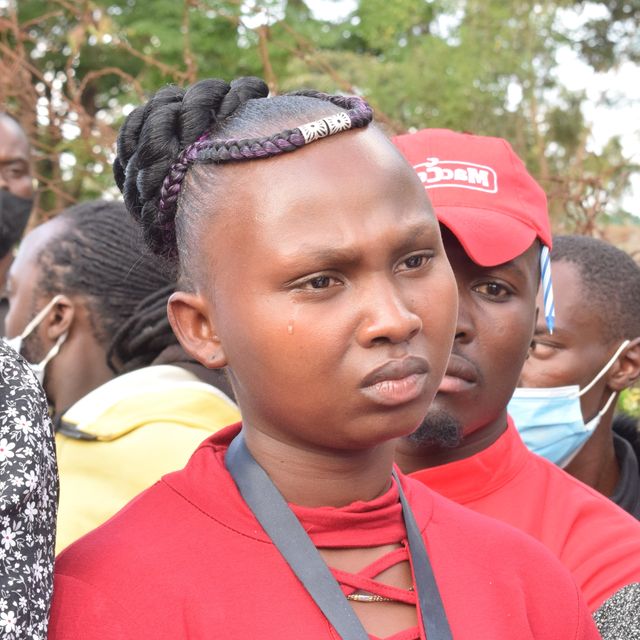 Dorcas Mwende has no regrets. In fact, she cannot wait for the fresh trial that will examine her alleged defilement by her father, Julius Wambua, to begin.

The 24-year-old is itching to face her mother, Jackline Nzilani, in court and finally get closure on the case that has hang like a dark cloud over her life.

For Mwende, her father's imprisonment has left her a slave of her own conscience; the faster this is all over the better.

“Let her bring all her claims to the court. I am ready to face her. I do not want to talk much about the whole thing. She knows the court date. Let us face each other there,” she tells the Nation over the phone. She turns down our request for a face-to-face interview.

She states that there is no point of airing the family's dirty linen in public, especially with someone she calls her mother. But Mwende still questions why her mother has been quiet for so long.

“Since the day I came out, why didn’t she come out to refute what I said? Is it now that she has come to her senses that I was lying? From 2015, she knew I had a change of mind. She would have then come out long ago to share her side of the story,” avers the second-last born.

When the guilt of wrongly framing her father by giving false evidence could no longer give her peace of mind, she says, she decided in 2015 to confront the demons. That is when she headed to Kamiti Maximum Prison to confess everything to Mr Wambua.

“If you wrong your parents, there is that feeling of guilt that makes you ask for forgiveness. The guilt in my heart made me take that step to start visiting my father. That was in 2015 and I confessed everything through the officer in charge in Kamiti Prison,” she adds.

She is confident in her truth, and is eager to enjoy the peace of mind that came with her confession. For this reason, she is looking forward to the court proceedings that she hopes will settle the matter once and for all.

The saga that began in 2008 now threatens to split the family even more with a daughter and her mother pitted against each other.

An April 18, 2011 medical report by the Medecins Sans Frontieres Clinic Blue House Recovery Centre, which was seen by the Nation, indicated that Ms Mwende had no physical injuries. Her genitalia and anus were normal although the vaginal opening was described as widened, red and discharging a foul-smelling whitish fluid. The hymen was also broken.

The report goes on to state that Mwende had said, during the consultation, that she was repeatedly sexually assaulted by her father between March and April 2011.

It is this report that Kithimani Court principal magistrate AW Mwangi used, together with witness accounts from Mwende and her younger sister Anastacia Mukulu, to sentence Mr Wambua to life imprisonment.

But now Mwende claims her estranged mother coached her to frame her father in order to get her hands on the family’s land as well as chase a second wife Mr Wambua had moved in with after their separation.

However, her mother, Ms Nzilani, denies the claims of ill motive against the second wife, who she says had been in a relationship with her husband before she came into the picture. She also refutes that she wanted to sell the land as alleged.

Mr Wambua, on the other hand, maintains that he harbours no hard feelings towards his wife. He says he has already forgiven her and is ready to meet with Ms Nzilani.

However, Ms Nzilani says she does not want anything to do with him and has nothing to apologise for.