Home » ENGLISH NEWS » SONKO: NAIROBI MCAs WERE UNFAIR TO ME

SONKO: NAIROBI MCAs WERE UNFAIR TO ME 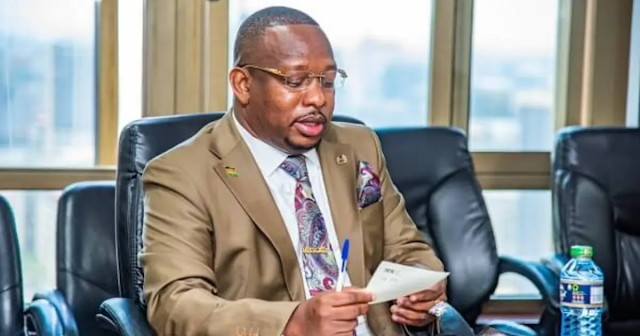 Nairobi Governor Mike Sonko has said he was subjected to an unfair process when the Nairobi Members of the County Assembly (MCAs) passed a resolution to impeach him.

Making the opening remarks when his impeachment trial formally started at the Senate on Wednesday afternoon, the governor said he was never furnished with evidence of the allegations made against him by the Ward Reps and pleaded with the Senate to throw out the decision on grounds of want of procedure.

“What is masked as an impeachment trial is in fact a political witch-hunt and unfair trial which cannot be validated introspectively or retrospectively. It is dead on arrival,” Sonko told the lawmakers through his lawyer Harrison Kinyanjui.

City MCAs passed a resolution to impeach the governor on December 3 on allegations of gross violation of the Constitution and other laws, abuse of office and crimes under national law.

The governor is being represented by Mr Kinyanjui, Wilfred Nyamu and Evans Ondiek.
Nairobi County Assembly rules require the MCAs to furnish the county boss with evidence of all allegations three days before debate on an impeachment motion which, according to Sonko, was never done.

Sonko told the Senate that the mandatory requirements for the impeachment as provided for by Nairobi County Assembly rules were not met, thus the threshold for his removal was not achieved.

He also claims he was not provided with the list of all witnesses who are set to testify against him at the Senate hearings. The lawyers said that the only thing they were furnished with was a notice of motion.

Sonko also argues that 90 per cent of the charges levelled against him are matters pending in various courts for adjudication, and pleaded with Senate to stop the hearing as it violates the doctrine of separation of powers.

He told the House that he will not defend himself on allegations of violation of national laws or his refusal to assent to the Appropriations Act because it would amount to sub-judice.

“The doctrine of separation is very clear. The courts are inquiring into these matters and it is upon the Senate to be fair and just and step down,” Mr Ondiek argued today.
MCAs: ‘He is greedy and extravagant’.

However, the MCAs, through their lawyers, sought to portray the governor as a greedy and extravagant individual who carries himself in a manner that is contemptuous of the sovereign will of the people.

In their opening remarks, the MCAs, through lawyer Ndegwa Njiru, likened Sonko to Marie Antoinette, the last  Queen of France, who helped provoke the popular unrest that led to the French Revolution and the overthrow of the monarchy in August 1792.

As King Louis XVI’s wife she has come to symbolise all of the excesses of the reviled French monarchy, herself becoming the target of a great deal of vicious gossip.

“The governor has symbolised the greed and extravagance of Marie Antoinette which caused the end of King Louis XVI’s reign,” Mr Njiru told the lawmakers.

“This House should not have mercy on a person who is extravagant and greedy with public resources. Impeachment is the price of accountability and transparency.”

The MCAs insist that they have evidence to impeach the governor and insist all the Houses rules were followed when the matter was handled at the County Assembly.

“We came here out of necessity because the governor has refused to rise to the occasion. He lacks the moral, intellectual capacity to lead Nairobi. His unending ineptitude has led to loss of millions of taxpayers' funds in Nairobi.”

The two parties have filed preliminary applications which Speaker Kenneth Lusaka will rule on when the hearing resumes in the afternoon.

The County Assembly has supplied a list of 11 witnesses to solidify its case against the governor.

Among the witnesses is Commissioner-General of Prisons Wycliffe Ogalo but it is not clear why the Assembly wants him to testify against the governor.

On the Other hand, the governor has filed a preliminary objection against the hearing, arguing that the matters contained in the motion of his impeachment are active in court and, therefore, sub-judice.