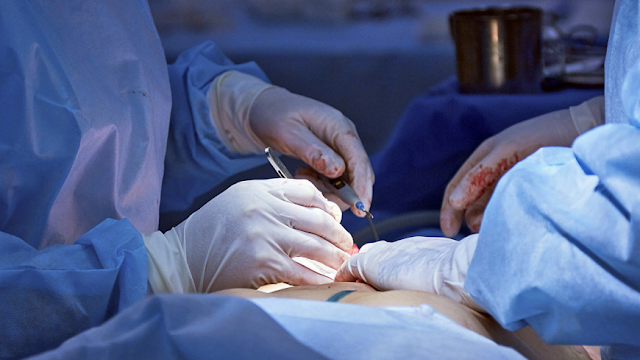 In Tver, doctors rescued a patient with pneumonia with 100% lung damage. At the same time, the woman was hospitalized, pregnant, as a result, she underwent a cesarean section, she was able to give birth to a healthy baby, said Maxim Petrushin, head of the anesthesiology and resuscitation department of the Tver Regional Clinical Hospital.

“Today we discharged our patient Ekaterina, who was in intensive care for 35 days in the postpartum period. She was admitted to the OKB with 100% lung damage, and she was pregnant. An urgent cesarean section was performed, ”the doctor wrote on Facebook.

According to him, the boy was named Misha. He spent a month in the Regional Clinical Perinatal Center named after E.M. Bakunina.

Petrushin explained that the doctors were able to help the woman thanks to the well-coordinated work of the resuscitation doctors of the regional hospital, nurses and workers of the perinatal center.

“She was discharged home in satisfactory condition. We wish her and the baby health”, concluded Petrushin.

Recall that in mid-February in the Moscow region, doctors of the Vidnovskaya regional clinical hospital rescued a 49-year-old patient with complete lung damage. She was diagnosed with COVID-19.