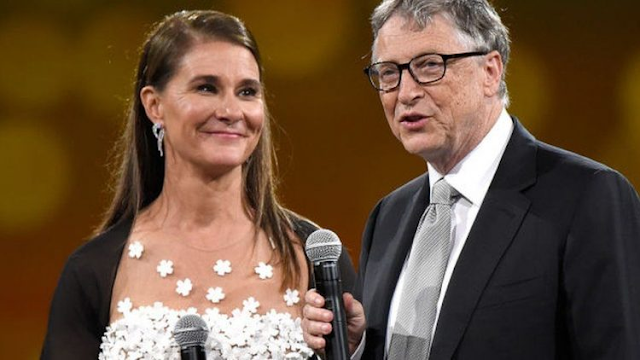 Melinda Gates has been meeting with divorce lawyers since at least 2019, when her husband Bill’s links to convicted sex offender Jeffrey Epstein were first made public, The Wall Street Journal (WSJ) reported on Monday, citing people familiar with the matter, documents that the paper reviewed and a former employee of the couple’s philanthropic organisation.

Melinda Gates’s concerns about Bill Gates’s ties to Epstein, who died in jail in August 2019 while awaiting trial on United States federal sex trafficking charges, dated as far back as 2013, the former employee of the Bill & Melinda Gates Foundation told the WSJ.

Microsoft founder Bill Gates met with Epstein on “numerous occasions” beginning in 2011, after Epstein had already been convicted of sex crimes, The New York Times reported in October 2019, citing more than a dozen people familiar with the relationship.

At least three of Bill Gates’s and Epstein’s meetings were held “at Mr. Epstein’s palatial Manhattan townhouse” and involved Bill “at least once staying late into the night”, the Times reported in 2019.

Melinda Gates held a number of calls with her advisers in 2019 after the Times report about Bill and Epstein was published, the WSJ said, citing documents it had reviewed.

Melinda and Bill Gates announced their decision to divorce after 27 years of marriage in a joint statement posted simultaneously to their Twitter accounts last week.

“Over the last 27 years, we have raised three incredible children and built a foundation that works all over the world to enable all people to lead healthy, productive lives,” the statement read. “We continue to share a belief in that mission and will continue our work together at the foundation, but we no longer believe we can grow together as a couple in this next phase of our lives.”

A joint petition filed by the couple in a Seattle court to dissolve their marriage called it “irretrievably broken”.

In response to the WSJ’s request for comment about his relationship with Epstein, a spokesperson for Bill Gates directed the paper to an answer he had previously given the WSJ in a September 2019 interview: “I met him. I didn’t have any business relationship or friendship with him.”

Epstein’s former friend, Ghislaine Maxwell, recently pleaded not guilty to federal sex trafficking charges. She is being held at a New York City jail and is due to go on trial this summer. Prosecutors have accused Maxwell, a British socialite, of helping Epstein sexually abuse girls.

While the Gateses have not said what initiated their divorce, it has rocked the world of philanthropy.

Bill Gates’s net worth stands at an estimated $130.5bn, according to Forbes, and he has donated $35.8bn worth of Microsoft stock to the couple’s foundation.

He announced last year that he would be stepping down from Microsoft’s board to focus full time on his work as the foundation’s co-chair.

Melinda Gates, 56, serves as the foundation’s co-chair and is the founder of Pivotal Ventures, an investment and incubation company that works to advance the interests of American women and families.

Launched in 2000, the Bill & Melinda Gates Foundation is the largest private philanthropic foundation in the US and one of the biggest in the world, with net assets of $43.3bn at the end of 2019, according to its website.