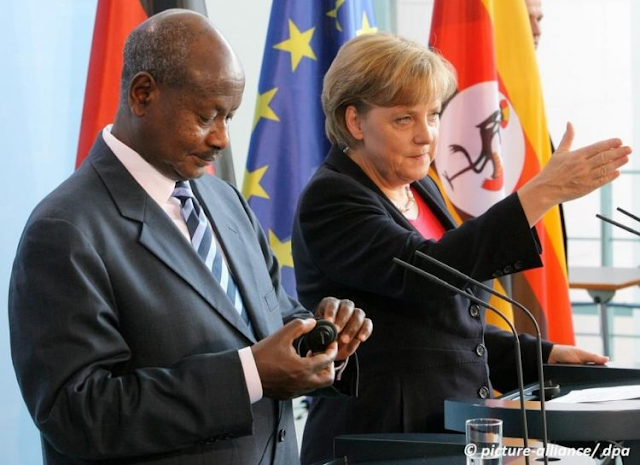 The German Embassy in Uganda has deleted a Facebook post with a message from Chancellor Angela Merkel to Museveni, congratulating him upon his January 14, election win.

In the message, Merkel congratulated Museveni for his resounding victory in the January 2021 elections which he won by 58.38%.

“I would like to congratulate you on your reelection as President of the Republic of Uganda,” read part of Merkel’s message.

She also said president Museveni’s new term in office was an opportunity to continue advancing the democratic and economic development of the country and strengthening the rule of law in the interests of all Ugandans.

However, we have learnt that the post has since been pulled down.

Before deletion, the Embassy had warned social media users who had hurled an avalanche of insults and criticism in the comments section of the post, against using hate speech.

Some section of Ugandans on Facebook reacted angrily to the post with many questioning the integrity of Museveni’s win in the January presidential elections.

“Hello followers, we are getting a lot of criticism for this post. That’s ok, we respect and tolerate freedom of speech to iin Germany. but we don’t tolerate hate speech. Hate is not an opinion. We expect our users to use common courtesy in their comments. If you use offensive or threatening language, we will delete your comment and or block you from our page” German Embassy warned before deleting the post.

However, the efforts to stop users from using offensive comments yielded little and the post was later deleted in the late at night.

This comes a day before Museveni’s swearing-in scheduled for Wednesday, at Kololo Ceremonial Grounds.